Pali district has a unique heritage and culture that is rich with several fairs and festivals. Festivals  and rituals of all religions like Dussehra, Diwali, Holi, Janmasthami, Ganesh-Chathurthi, Mahaveer Jayanti, Mahashiveratri, Eid, Moharram etc are celebrated here and it shows the religious harmony among people of different religion in Pali. Some of the popular festivals celebrated in Pali are discussed here.

Important Fairs and Festivals in Pali

Godwar Festival
District Administration Pali and Department of Tourism Rajasthan together organize Godwar Festival with an aim of attracting tourists. This festival, which is held for three days during the month of March 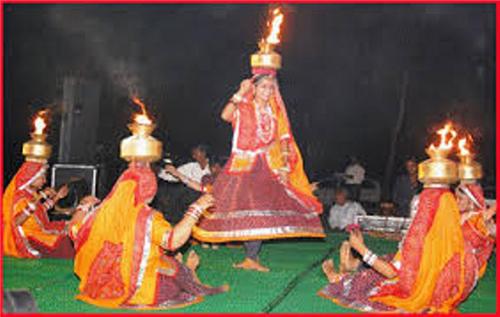 every year, represents the complete art culture and religion of this region. Renowned folk artists of Rajasthan in NarwaniaLake start this festival with their folk dance and music performances. Traditional sports like tug of war, turban tying and different races are also conducted in the festival. Bhajans, which folloes the folk cultural program in the evening attract many tourists and local people.  Jeep Safari, Camel Safari, Horse Safari at the Kumbhalgarh, Ranakpur wildlife sanctuary and the rock climbing at Narlai Village are other attractions of Godwar fair.

Khetlaji Fair
The two-day Khetlaji fair is held at the famous shrine of Shri Sonana Khetlaji in the village Sonana of Pali district. It is celebrated on Chitra Shukla Budi of the lunar calendar every year and many devotees arrive here to worship their deity. It is a grand occasion for local people and they dress in their best on this day. The fair is also an ideal location for shopping. You can see many body tattooing shops in the festival spot. Troupes of Gair dancers also add colour the festival spirit. But the main attraction of the festival is the hundreds of horses.  The well-trained ‘Marwari’ horses perform several tricks and even dance to the rhythms of local drums that will really entertain the people.

Parashuram Mahadev Fest
Parashuram mahadev fair is a large fair organized at Parashuram mahadev Temple, which is located in Desuri area on the top of one of the hill of Aravati. This festival is held on the Shravan Shukla Sastani and Saptami. Around two lakhs devotees participates in this festival.

Varkana Fair
Varkana Fair is a huge festival conducted at Jai Teerth near Rani on every year on Pooshe Shukla Dahmi by followers of Jainism. People even from faraway places of Gujarat and Rajasthan come here to attend this festival.

Baba Ramdev Fair
Baba Ramdev fair is held in a huge five story temple of Baba Ramdev situated at Raipur tehsil. The celebration is held on the Bhadva Shukla Ekadashi for two days. Around one lacs devotees offer their prayers at the time of this festival. 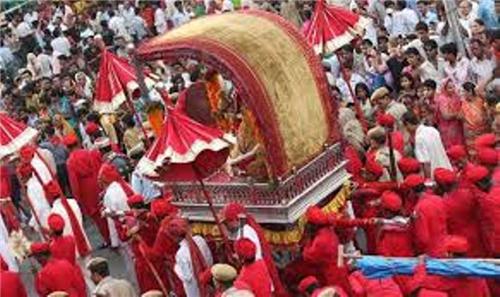 Gangaur Fair is a tribal festival held on baisakhi Shukla Saptami on the eve of gangaur. This fair, which is held at village Goria of Bali Tehsil, is attended by almost 30,000 tribals. This festival is maily for women, who worship for the a husband of their choice or the well-being of their husbands. On the last couple of days of the festical, a colorful procession is held in which the bejeweled image of Goddess Gauri is accompanied by local people all over the villages and cities.

Nimbo Ka Nath Fair
Nimbo Ka Nath temple, which is located between Falna and Sanderav, organizes celebrations on the eve of Shivratri and Baisakhi Purnima. More than 50,000 people come here to attend these fairs.

Badshah Ki Sawari
Badshah Ki Sawari is a procession held at Pali city on the next day of Holi. All types of people irrespective of their religion are attracted by this festival.

Lakkhi Mela – Sonara Khetalagi
A fair is conducted in the begining of full moon of Chetra in the basin of local river Sarangawas at Sonara Khetalaji temple of Desuri tehsil. This festival represents the folk culture of both Pali and other districts of Western Rajasthan. More than one lakhs devotees attend this fair. Many Holi dancers also participate in this festival in their conventional and fancy dresses.