Pali, a city in Rajasthan state of western India is located on the bank of the river Bandi. This industrial city is around 70 km away from east of Jodhpur. Pali can claim a long history that can even be traced in the Mahabharata. Yes, we can trace back the history of Pali to the age of the Mahabharata. It is written in this holy text that Pandavas had made this area their resting place during their exile. 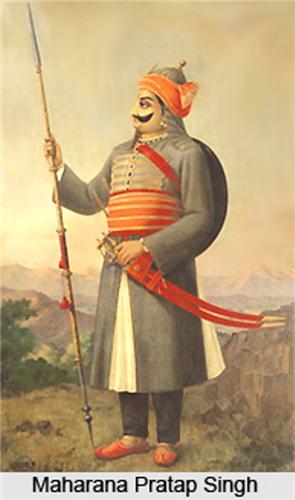 According to geologists, Pali has merged from the vast western sea that spread over a large part of present day Rajasthan. There is also a myth that Maharsi Javali stayed in this area for meditation and interpretation of the Vedas during the Vedic age. The historians report that the area has exists during the rule of King Kanishka of the Kushana Dynasty in 120 AD.

At the time of Arab invasion, Pali was completely focused on and occupied by Rajput rulers from all over India. The boundaries of Pali extended to adjacent areas like Mewar, Marwar and Godwad.  Even though Rajput rulers resisted the foreign invaders, they individually fought for each other’s land and leadership. When Prithviraj Chauhan, the great warrior was defeated by Muhammad Ghori, the Mewar and Godwar area of Pali became under the control of ruler of Mewar, Maharana Kumbha. However, pali city was remained peaceful and progressive under the rule of Brahmin rulers with the patronage of the neighboring Rajput rulers.

It was between 1562 – 1581 AD that the Mughal forces could annex Jodhpur, when Chandrasenan ruled from Jodhpur. His brother Udai Singh worked with the Mughal forces and established matrimonial alliances with the Mughal emperor to recover almost all the former possessions of his kingdom. Sur Singh followed Udai Singh’s reign from 1595 to 1619 and there was not much activity in and around Pali during his ruling period. In 1680 Mughal Emperor Aurangazeb sent his son Prince Akbar to Subdue Marwa and Mewar and Aurangazeb bestowed Ajith Sing norther region of Pali.

In short Pali and surrounding area had witnessed to a number of battles during 16th and 17th centuries. Battle of Gini between Shersah Suri and Rajput rulers, constant battles with Mughal emperor Akbar’s Army and Maharana Pratap Singh in Godwad area, again fight between Mughals and Rajputana etc.

Pali also has a significant role in the Indian freedom struggle. Various Thakurs of Pali confronted the British rule under the stewardship of Thakur of Auwa. The British army surrounded Auwa fort and the following conflict lasted for 5 days. Even though the British army could possess the fort finally, this heroic action of Auwa paved the way for organized struggle for freedom. Until independence, the preset Pali district became part of Jodhpur state, the district of Pali was carved out after independence, when Jodhpur became part of Rajasthan State.