Pali, one of the important tourist places in Rajasthan is famous for numerous temples and other pilgrimage destinations. There are many Jain temples in the city that are not only famous in Rajasthan, but also in India. All these temples are the main tourist attractions here due to its unique construction style and marvelous architecture.

Navalakha Temple
Navalakha Temple, which is also known as the Naulakha Jain Temple, is one of the most revered shrines of Pali city. This temple is dedicated to the 23rd Tirthankara of the Jain religion, named Parshwanath. Navalakha Temple was constructed in 10th century. The architectural style of this temple with elaborate carvings attracts many tourists here. 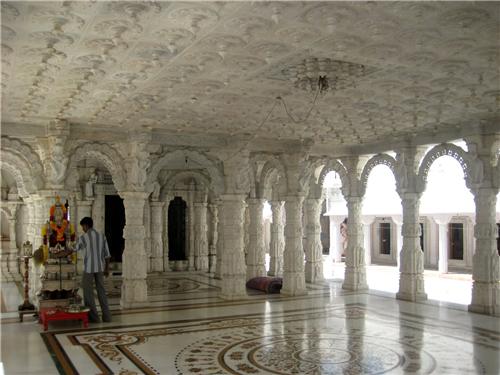 The temple has a stairway on both ends and it goes up to the central dome. You can see three balconies or porches, while going upstairs. There is an imposing statue of Lord Mahavira is inside the inner sanctum of the temple. Hatundi Rata Mahabir Temple has been renovated several times. Six cupolas, which are built in the form of sharp turrets, are the recently added structures and they are completely different from the older parts of the temple. The temple points towards the sky.

Adishwar Temple or Chaumukha Temple
The Adishwar Temple, which is also called as Chaumukha Temple, is the largest Jain temple in this area and one of the five most important holy Jain shrines of India. As the temple has a very complex structure, it took sixty five years to complete the construction. Adishwar Temple was constructed as a heavenly aircraft, A Nalinigulm Vimana, which was supposedly seen in a dream by the temple’s builder, Shah. The temple belongs to 15th century. 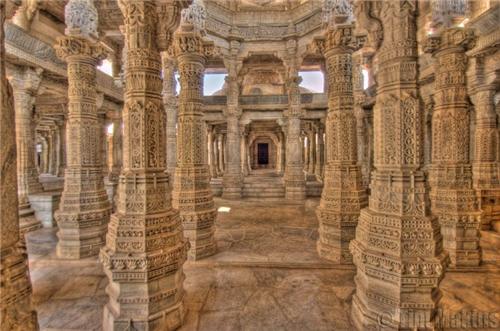 Ranakpur Jain Temple, which is dedicated to Adinathji, is an astounding creation. It has 29 halls and 1,444 pillars all distinctly carved that enhance the charm of the place. The most attractive fact is that each pillar is different from the other. It is an amazing evidence of the genius sense of architecture. The central temple is dedicated to Adinath Ji, the Jain Thirthankara, which is also called Chaumukha (four faced). The location and the almost divine architecture of the temple is the main highlights of the ambiance of Ranakpur.